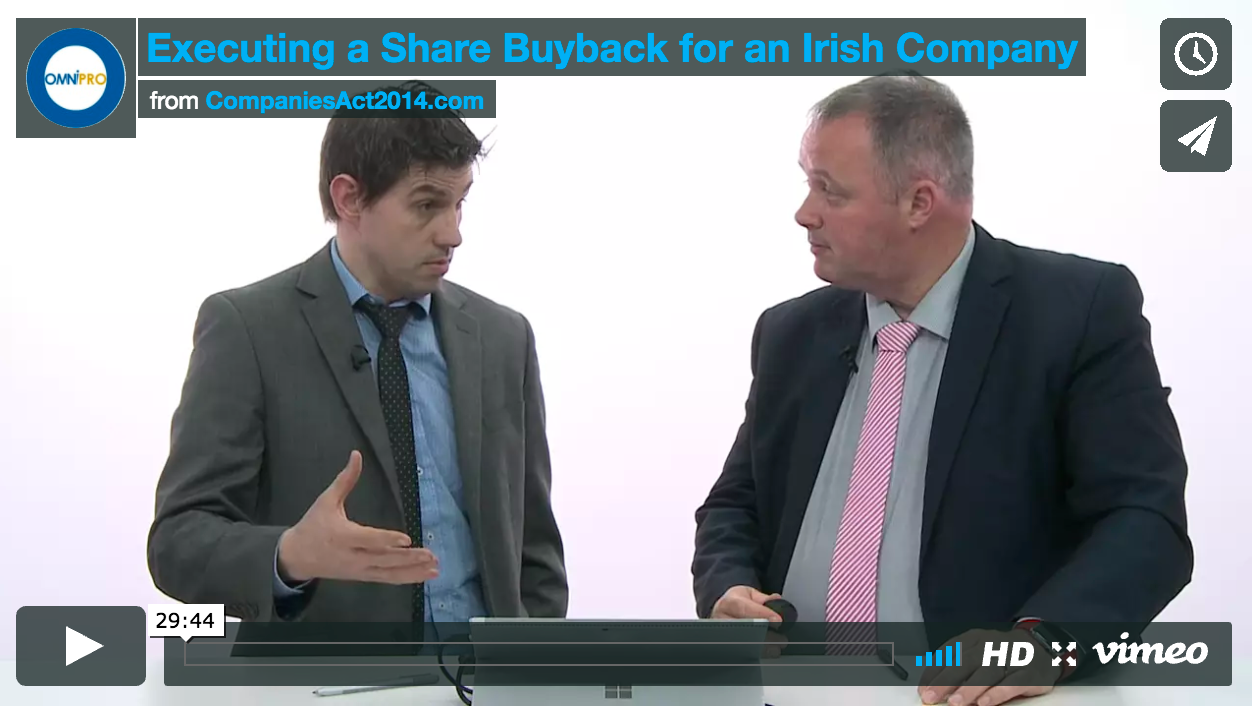 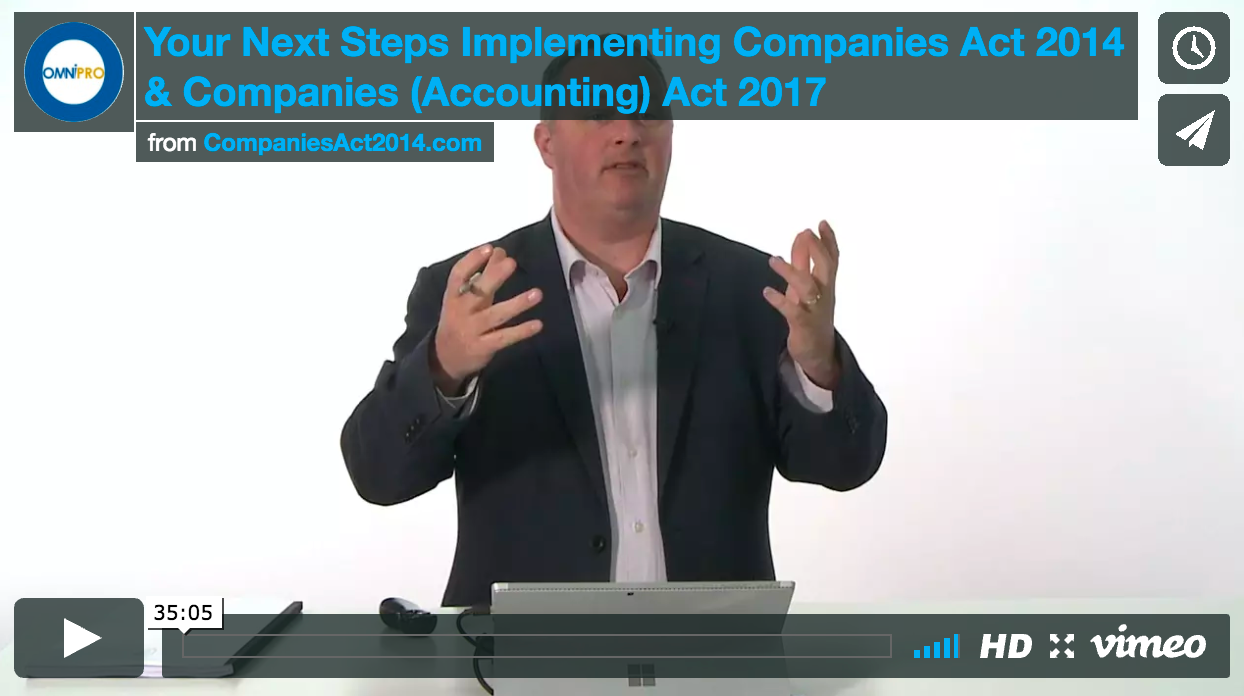 A company can only acquire its own shares by purchase or where the shares are redeemable in nature by redemption or purchase. In addition a share buyback/redemption can only be carried out where:

Section 106(4) requires a capital redemption reserve to be created where a buyback has been financed from profits available for distribution so as to maintain the capital of the company. Where the buyback is financed from the fresh issue of shares in whole or in part and the proceeds on the issue of the new shares is less than the total nominal value of the shares acquired then the balance is recognised in a capital redemption reserve fund. Where share capital is redeemed this has no impact on the authorised share capital of the company.

The company can only have the authority to acquire its own shares if:

If the special resolution as detailed in the third point above is passed as a result of the member exercising his voting rights to which the resolution for the buyback for those shares relate, then the buyback of the shares is not deemed to be approved if this resolution had not been passed if that member had not voted (Section 105 (5)). For the other points, when determining whether the requisite majority has been passed and the member to which the shares relate has signed the special resolution in writing then his interest is ignored in determining whether the majority resolution has been passed.

The best course of action to ensure a valid special resolution is passed is to ensure that the member to which the buyback relates does not vote on the resolution itself.

This section is a very beneficial section within the Act especially when combined with the tax legislation assuming there are distributable profits available or there is proceeds available from the fresh issuance of shares so that the buyback/redemption can be carried out lawfully. It gives a great opportunity to companies in the following situations:

(2) Where there is a disagreement between the shareholders over the management of the company and that disagreement is having or is expected to have an adverse effect on the company’s trade; or

(3) The purpose is to ensure that an unwilling shareholder who wishes to end his/her association with the company does not sell the shares to someone who might not be acceptable to the other shareholders. Examples of where this could be useful are:

Note the commentary below assumes that the amount being paid by the company for the shares is in excess of the amount the shareholder subscribed for the shares originally. Where this is not the case it is more than likely no tax consequences arise.

The conditions which must be met for CGT treatment to apply to a share buyback as stated in Section 177-186 of TCA 1997 are as follows:-

(1) The shareholder whose shares are being bought back/redeemed must be resident and ordinarily resident in Ireland for the tax year in which the purchase is made.

(2) The shares must have been owned by the shareholder for a period of at least 5 years.

(4) The company must be an unquoted trading company.

(5) The redemption/buyback of shares is made wholly or mainly for the purpose of benefiting the trade carried on by the company. Tax briefing 25 provides further instructions on what is deemed to benefit the trade and is discussed further in the step action plan below.

(6) The redemption does not form part of a scheme or arrangement, the main purpose or one of the main purposes of which is to enable the owner of the shares to share in the profits of the company without receiving a dividend.

(7) The shareholder must no longer be connected with the company (after the buyback the shareholder and his/her associates must own less than 30% of the capital (both shares capital and loan capital) of the company. An associate includes a spouse and minor children).

If the above conditions are met any amount provided in excess of the par value will be liable to capital gains tax. As it is within the remit of CGT, there are two further reliefs that can be claimed which will reduce the amount of CGT payable where certain conditions are met, those being:

The above reliefs are outside the scope of this help sheet but can be very worthwhile if they apply.

Implementing a share buyback/redemption of shares where the company neither has profits available for distribution nor has issued new shares to cover the cost of the share buyback thus making the buyback illegal and exposing the directors to a penalty under company law.

Incorrectly assuming where the shares are redeemed at an amount equal to their original subscription price, that the requirements to have profits available for distribution is not applicable when in fact it is.

Not performing a formal valuation on the company prior to the buyback and therefore incorrectly placing too high a value on the shares being redeemed, therefore exposing the company and the shareholders whose shares were redeemed to income tax issues and exposure the company to dividend withholding tax liabilities.

Incorrectly assuming that by issuing shares to a new shareholder or shareholders other than the shareholder who is disposing of his/her shares at less than market value that this creates no capital tax issues. In reality by taking this course of action this triggers a capital gains tax event for the existing shareholder whose shares are to be redeemed and creates gift tax issues for the receivers of those new shares as effectively it has resulted in a deemed disposal and receipt of a gift respectively.

Where there is only a small numbers of shares in issue and further shares are needed in order to allow the share buyback to proceed, the directors incorrectly issue new shares to the shareholder whose shares are to be bought back or they offer a rights issue which results in the required ownership of 5 years as mentioned in condition 2 above not being met.

Incorrectly allowing the amount payable on the buyback to be deferred and paid in instalments, resulting in the 30% test mentioned in point 7 above not being met.